PATRIARCH ATHENAGORAS, THE POPE, AND FREEMASONRY 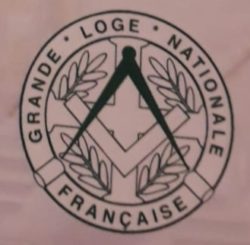 Do you all remember the historic encounter [in 1964] between Pope Paul VI and Patriarch Athenagoras, the embrace that opened the way to the season of ecumenism between Rome and Constantinople, after centuries and centuries of opposition? Well, a newly published article, “A Different Look At Spirituality” by Bertrand Heyraud, published in the official journal of the Grand National Lodge of France [Les cahiers Villard de Honnecourt], contains some news that one may judge to be more or less curious, more or less significant, depending on the viewpoint of the observer, especially in this moment for the Catholic Church that is so unique.

Bertrand Heyraud, a Mason who is interested in Christianity, writes, speaking about the Orthodox world:

The unity of these churches is symbolized by the patriarch of Constantinople (Istanbul) whose word and decisions are preponderant because he is considered to be and is respected as Primus inter pares (the first among equals), and it is here that we find a notable surprise.

Those who are a bit older will recall an extraordinary encounter. It took place in Jerusalem on Sunday, June 5, 1964. The frail white figure of the pope standing before the imposing stature of Athenagoras, the luxuriantly bearded patriarch of Constantinople, seemed even more fragile and emotion was at the highest.

Then there was the historic embrace, and even if naturally all of the divergences and differences were not canceled out, “there remained the fact that the highest expression of the authority of Orthodoxy, the patriarch of Constantinople, had reconciled with the bishop of Rome.”

And then Heyraud provides his theatrical coup:

But surprise! Not only had Athenagoras received Masonic initiation, he was further enrolled in the 33rd degree of the Ancient Scottish and Accepted Masonic rite, just as his predecessor, Meletios Metaxakis, had been. For a long time this reality was not shouted from the rooftops and remained, if not hidden, at least discreet. But my visit to the headquarters of the Grand Lodge of Greece removed all my doubts: because there, hanging side by side on the wall, we can find the photographs of Meletios and Athenagoras.

Thus if these two important persons have judged, contrary to the position of Cardinal Ratzinger, that Masonry is reconcilable with the doctrine of the Church, to the point of becoming Masons and receiving Masonic initiation, this ought to answer certain questions that at times are raised by some of our Christian brothers [in Masonry]. Their example can only give an example of tolerance, of understanding, and of mercy, ideals that are so dear to Pope Francis.

To this point, we cannot help but recall an article written on Stilum Curiae some time ago, whose contents are no longer updated by the author, but into which the article we refer to above may rightly be inserted [as another example of Masonic love for Pope Francis].

And still speaking about the Church, we cannot help but recall that Gioele Magaldi, grand master and author of La scoperta delle Ur-Lodges [The Discovery of the Ur-Lodges (trans-national secret lodges)], affirms that Angelo Roncalli, when he was in Istanbul [where he served as apostolic delegate from 1935 to 1944], became affiliated with a Masonic Lodge. Magaldi dedicates an entire chapter to the question entitled: “The Mason and Rosicrucian Angelo Roncalli alias Pope John XXIII, the Second Vatican Council, and The Modern Harmony between Religious Esoterism and Masonic Esoterism as a Function of a Renewed Season of Equality, Brotherhood, and Liberty (1958–1968).” Both on this point as well as on many others, the author claims to have documentary evidence at his disposal, but unfortunately, he says he is willing to reveal it (it is said to be guarded by a non-Italian notary) only if legally forced to. Naturally, this does not strengthen his argument. But I believe we can surmise without any problem that the Church has been “infiltrated” by Masonry at many levels, even the highest levels. I personally know individuals, now no longer with us, who were part of the College of Cardinals and who did not remain indifferent to the call of the Freemasons.

Thus, this is a field of research in which every evaluation appears possible, and the contacts between the two worlds are perhaps more frequent than one may think. It has never been denied that Archbishop Jorge Mario Bergoglio, whenever he used to visit Italy, would visit [Masonic venerable master] Licio Gelli at Villa Wanda — a fact that is certainly not business as usual.

This article first appeared at Marco Tosatti’s blog. It is translated from the original Italian by Giuseppe Pellegrino and is published here with the author’s permission.