SUPER EX ON BERGOGLIO AND THE SINODALITY. LIKE THE COMMUNIST PARTY OF THE USSR… 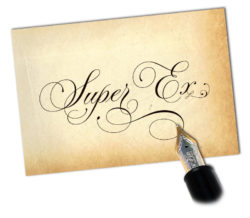 Super Ex (Ex di Avvenire, deo adjuvante,  Ex of Movement for the Life, Ex of …. but not ex Catholic, indeed) wishes to share with the readers of Stilum Curiae a reflection on the “synodality” of the reigning Pontiff. Of which in these six and a half years, however, those who do not have their eyes covered with ham or papapolatry, or by well-dressed interests, have been able to get clear ideas of the situation. But let’s see what Super Ex thinks …

The synod according to Bergoglio (with images)

The next synod? Perhaps on synodality, Bergoglio tells us. But I don’t think we need another gathering to understand what the Argentinian means by synodality. We have all seen how things work: he decides on a topic that is close to his heart, he has his friends preparing preliminary texts, the conclusions are already written, and during the work the club of the boss falls every day on those who have different ideas through boring and repetitive homilies against someone a priori accused of being static, incapable of conceiving novelties, etc. etc.

Bergoglio comes from Argentina, a country that does not shine for democracy; he had a very good communist she-professor, he told us so many times, and his mentality is exactly that: he is for the “dictatorship of the proletariat”. 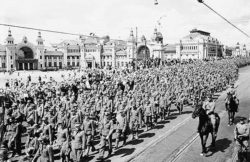 You ask me how can the majority of the country exercise dictatorship?

Bergoglio thinks in this way: he says he is “democratic” because he does not believe in an eternal Truth, revealed, immutable, with which man can only confront himself; but then, having the power, he decides that he is the “demos” himself.

The others must limit themselves to accompany him (in fact synod means walking together): willy-nilly. 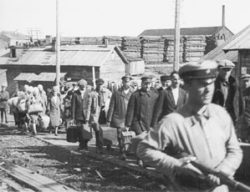 The others, either are heretics like him, specially invited by him because he knows the thought a priori, or are destined to end up as in the regimes: all lined up for two, tied hands and feet, towards the punishment that awaits them.

Let us not be surprised if the Bergoglian synodality, instead of including, excludes, instead of uniting, divides.