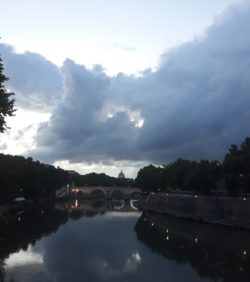 Gian Paolo Montini, Promoter of Justice to the Apostolic Signatura, invited lecturer at the Gregorian University Canon Law, in the coming days – at the age of 64! – will be dismissed from his post, without however being assigned to a new office. He will simply “a disposizione” he will be “available”;  a surprising decision to say the least, given the age, the professional characteristics, and the competence of the person concerned. It must be said that Monsignor Gian Paolo Montini expressed himself – politely but clearly – in various articles. criticizing the reform of the ecclesiastical tribunals wanted and devised by Mgr Pio Vito Pinto, Dean of the Roman Rota, very devoted and even more to the reigning Pontiff, who listens to him and follows his advice. Pinto, Dean of the Rota, is so near to the Pontiff’s heart that at 78 he is in charge (75 is the limit) and indeed, he says that “he will be Dean until death.” Who knows that world claims that depriving the Signatura, whose wings have already been clipped more than once by autocratic decision against any justice of a person with a technical profile such as Gian Paolo Montini certainly means an impoverishment. But is there anyone to whom this kind of argument is important in the current regime? It does not seem there is.

This singular shift, – among other things, apparently, decided without consulting in advance or preventing the bishop of the diocese to which Msgr. Montini  belongs, as is a good rule, if nothing else of education, if as we think will be confirmed, represents the last episode of a series of moves with which the group in power seems to want to take over even the medium and low levers of the machine , eliminating people who evidently did not give enough guarantees of blind, prompt and absolute loyalty, though without being opposed to the current regime.

The most interesting move took place in July, and concerns one of the most delicate, secret and sensitive points of the Holy See. That is the Economic Section of the Secretariat of State; the coffer of the pope, richer – according to what very good sources say – of even the IOR, but without any external (or even internal …) control. Cardinal George Pell, commissioned by the Pope not to look anyone in the face, and to bring to unum all that was money and finances, tried to put his nose and hands there, and with what results we know. Monsignor Alberto Perlasca, an extremely serious, fussy and formal Como prelate, responsible for this office, has been sent to be a promoter of Justice added to the Signatura. In his place, a Lithuanian monsignor has been appointed to serve in the coming months. Perlasca was dismissed without an episcopal appointment; which doesn’t sound like a promotion. Perhaps the very serious prelate from Como objected a little too much, in the face of casual, though legitimate, requests coming from the High? In that world one lives on whispers, and even those are dangerous …

Then there was the displacement of another angular character, Carlo Maria Polvani, who since 2007 had led the UID, the Information and Documentation Office of the Secretariat of State, the structure in constant contact with the Communication Department and therefore with all the media of the Holy See, in particular with the Press Room. Polvani is the nephew of the former apostolic nuncio in the United States, Carlo Maria Viganò. However, it does not seem that the relations between uncle and nephew, as far as we know, are good; indeed we could say quite the contrary. And this since a long time. So it should not be some kind of vendetta…. We would like to suspect that Polvani’s displacement originated from internal motives. The monsignor has bee suddenly appointed to the Pontifical Council for Culture, with the post of deputy sub-secretary, leaving the diplomatic service of the Holy See. For him too there was no episcopal appointment to sweeten the move that that could hardly pass as a promotion.

Finally, in addition to Perlasca and Polvani, another mysterious change: the head of the legal department of the Secretariat of State, Monsignor Sergio Aumenta, had to leave his position in the Curia, and was transferred to his diocese, Asti. Also in this case it is not known why the prelate, who is also Commander of the Order of the Italian Republic, saw the sudden end of his journey in the shadow of the Walls … It will be necessary to see who his successor will be, to see unravel these threads of power and powers.

DO YOU THINK THAT  STILUM CURIAE IS USEFUL?

DO YOU THINK THAT WITHOUT CURIAE STILUM

INFORMATION WOULD NOT BE THE SAME?