SUPER EX: WHAT CAN WE DO, IF THE POPE LIES WITH METHOD AND SYSTEMATICALLY? 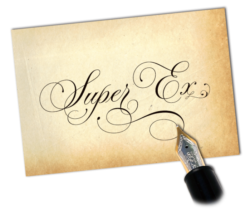 Dear friends and enemies of Stilum Curiae, Super Ex (formerly of the Movement for Life, formerly of Avvenire, former of various other things but still not a former Catholic) sent us a rather heartfelt, if not heartbreaking, reflection on the situation in which we find the Church of Rome, and us with it. It has all the characteristics of a cry from the heart. Read.

Bergoglio lies. With method and systematically

Now every day Bergoglio gives us cause for suffering. Fortunately, the analyses on his monomania, the migrants, are many; it is clear to everyone that he would crave to be president of the European Commission, rather than the pope, the political agitator, rather than the priest; the despotic ardor with which he strikes, one by one, the priests or congregations that do not bow to his style and his “doctrine” is also known, preferring the Church of Christ to the “church of Francis” …

Yet there is the something more: Bergoglio lies, in a serial way. No scruples whatsoever.

I would like to return to a lie that I realized these days, after talking to a curia prelate. To my question: “Did Bergoglio really know nothing about the World Congress of Families in Verona, as he told reporters? And if it is true, why did he say at the same time that he was not aware of the said Congress, but that he shared the judgment of his deputy, Cardinal Parolin, for which he was ‘right in substance but not in method’”?

I was waiting for the usual climbing on the mirrors, but it wasn’t like this. The answer was clear. “He knew everything. He had also received Massimo Gandolfini, who had come in a private audience, no doubt to ask for public support! For Bergoglio, lying is not a problem … I think that even on the dossier Viganò he lied .. or rather, he chose an even smarter, but always lying path … don’t answer, and allow people to believe that in the future he would have answered … “.

Now, beyond the fact that in the Church and also in the Curia there are many now to consider Bergoglio for what it is, I would like to add a detail: Bergoglio said he knew nothing about the 2019 World Family Congress; in the same way he remained silent, he did not deign to send even a greeting, to the Family day of 2015; same conspiratorial attitude, at the 2016 Family day.

Did he never know anything? Yet his daily gospel, the Republic, has so much s-talked about these events! Yet we learned from the newspapers, in his time that he had received Massimo Gandolfini, in private, post eventum, and asked him to keep him updated!

No, Bergoglio knows everything, he follows everything; he just doesn’t care about the non-negotiable principles, which simply don’t exist for him. He is committed to burying them. If the world debates about Charlie, he limits himself to a tweet, when the time is up; if the world deals with the Lambert affair, even here his voice is so faint that nobody hears it; if the theme is abortion in the US, he is careful not to intervene at the right time, perhaps by making names and surnames (something which he knows how to do very well, when he interests him to attack his political objective); if Italy discusses the Cirinnà law, or the ‘Angels and demons ‘scandal, he does not know, he does not see, he does not hear, he does not think, he does not understand, he does not speak …

Yes, having to admit that Bergoglio, besides everything, is also false, to realize that he is lying, this really hurts.

All we have to do is to invoke God and ask him, on our knees: how long will you leave the boars to devastate your vineyard, Lord?