POOR CAROLES…SO MUCH EXPLOITED, AND MUCH MORE THAN THAT DELUDED… 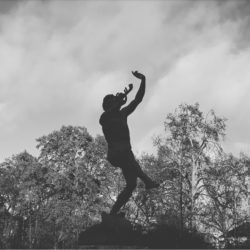 If there had been Karl Adolph Rackete at the helm of the Sea Watch, and not Carola, all this would not have happened. Not the facts, of course; those were preordained. But the incredible trafficking of human beings ferried to Lampedusa, after two weeks (two weeks!) In the sea to pretend a non-existent emergency would not have found the little icon, the holy card, the little image necessary to try to create sympathy around a criminal action, or more criminal actions.

If he had been a good Karl the newspapers would not drip articles by feminist colleagues perpetually chasing the males’ privileges where they heil the dawn of a new era,  when it is finally up to women to perform bold gestures. As if before … but often it is the story that is missing, and feminist enthusiasm makes up for the study. I wonder if they have ever heard of a certain Joan of Arc, to whom France is essentially indebted to the foundations of a unitary state, or of Alexandra David Neel, or of Valentina Tereskhova, the first astronaut, or of a certain Maria Curie, or by Amelia Earhart, who established the world altitude record in 1931 … fortunately, there iis a great number of these great women, even in times when there was no mention of pink quotas (think how much it could have thought Caterina di Russia, Zenobia, or Elizabeth I …).

Having said ths, it seems a bit ridiculous to erect feminist monuments to Carola, who learned to drive a ship, (not even very well, given the final phase) and then in all probability executed the orders that were communicated to her by her owners and senior executives; that is, from the people, hidden behind her, who organized and implemented the strategy with which the Sea-Watch finally touched its stony Lampedusa. The ones who pay her salary every month. But of course, for the mythopoiesis of heroin this does not work. What heroine is it if she does not perform a heroically desperate gesture, all by herself, moved by heroic humanitarian impulses of a non-existent emergency?

They will have told her to wait while they prepared the usual show with their Italian, political and clerical counterparts. Wait: even if in two weeks the ship could have reached any port, including the Dutch ones (but the Dutch Foreign Ministry has said that they, those “shipwrecked” they do not take them in anymore…Thanks for the sincerity). Wait and then perform the heroic act. That fortunately did not end in a tragedy with poor financiers in the role of victims. But we know that parking is the most difficult operation, even in driving tests.

So, once again alas, the reality is different from the movie that they want us to applaud. The filmmakers used Carola, for their purposes, and made believe to all the other Caroles that the Sun of the Future had sprung up. (And also at Avvenire, not only at Gedi, there are those Caroles…). And the Caroles started singing happily. Others laughed, instead.